I Followed My Grandmother's Beauty Routine

Racked is no longer publishing. Thank you to everyone who read our work over the years. The archives will remain available here; for new stories, head over to Vox.com, where our staff is covering consumer culture for The Goods by Vox. You can also see what we’re up to by signing up here.

I’m going to throw an idea out there that isn’t going to be so well-received: I think we’ve reached peak highlighter. You see, when the world didn’t know about contouring, it was a wonderful artistic mystery. What do you mean you put on war paint and it carves out high fashion cheekbones? How in the world is that girl in the beginning of the tutorial video the same as the one in the end?!

But now, as we collectively kneel at the Kevyn Aucoin altar and paint Oliver! dirt smudgies on our faces to look like we’re third-day-juice-cleanse kinds of gaunt hungry, the jig is up. It’s hard to look like the light is naturally hitting the peaks of your face when we’re all standing around with the same glittery sheen painted down the front of our nose, you know?

With this much knowledge at our fingertips, there’s just too much that could be done  — daytime smokey eyes! makeup baking! french braid buns! — on a daily basis that, as much as I want to paint my face like the peaks and valleys of a Bob Ross mountainscape, I wind up flopping around with chipped nails and frizzy top-bun hair in a very all-or-nothing way. 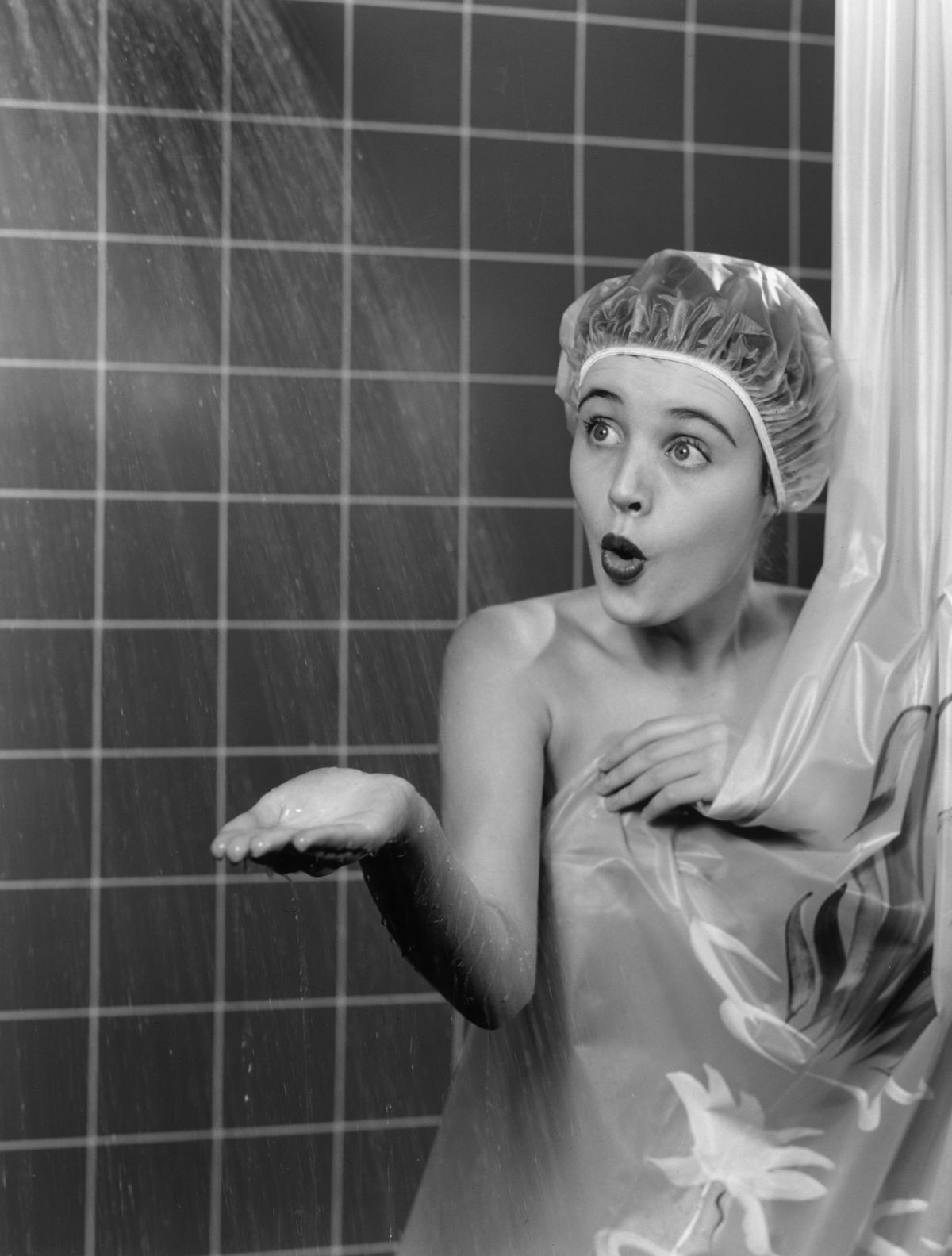 Let’s dig into that mess-bun I’ve been sporting for three months straight, because for me, the sentiment is even stronger when it comes to hair. There’s a time and a place for plugging in a hair appliance, and I cannot seem to remember when that was.

Honestly, I’ve taken it a little too far, and, as a newly married woman, I can’t pull off the "I’m a tired college student who hates showering, leave me alone" look that I’ve cultivated over the past decade when I spend time merging bank accounts and getting a new driver's license. I am supposedly an adult now, like it or not, and the way I treated summer (by rejecting it, one muumuu at a time) is not cute. Something had to change, so I took a step back and re-evaluated. My hands are a ratty sort that can’t be dragged to a nearby salon, yet the ladies at that nursing home are more on top of it than I am. I threw out my blow dryer and never got around to buying a new one; my 85-year-old grandma gets her hair done every week. Clearly, I have something to learn, so I took to some ‘50s-style upgrades to my routine — and nothing will ever be the same.

I hate washing my hair but I don’t go about it in a cute way. If I’m utilizing the time — and let’s get real, the upper body strength — to straighten it, no liquid is penetrating it for a minimum of four days, but the process of keeping it dry is a terrible one. I used to go to Bliss Spa solely so i could grab a fistful of their disposable shower caps from the bathroom on the way out. I have used both Duane Reade bags and empty hotel bathroom trash sacks to create a barrier between my mane and the shower head. My husband is used to me devolving into a plastic-covered alien as I step into the shower, which is really great for keeping the romance alive!

The situation got better once DryBar began selling neon yellow shower caps that far outperformed the weird underbelly of hideous options on the market, but they were still an eyesore. I like to eat cotton candy, not look like I harvest it from my scalp like a dessert Chia Pet. 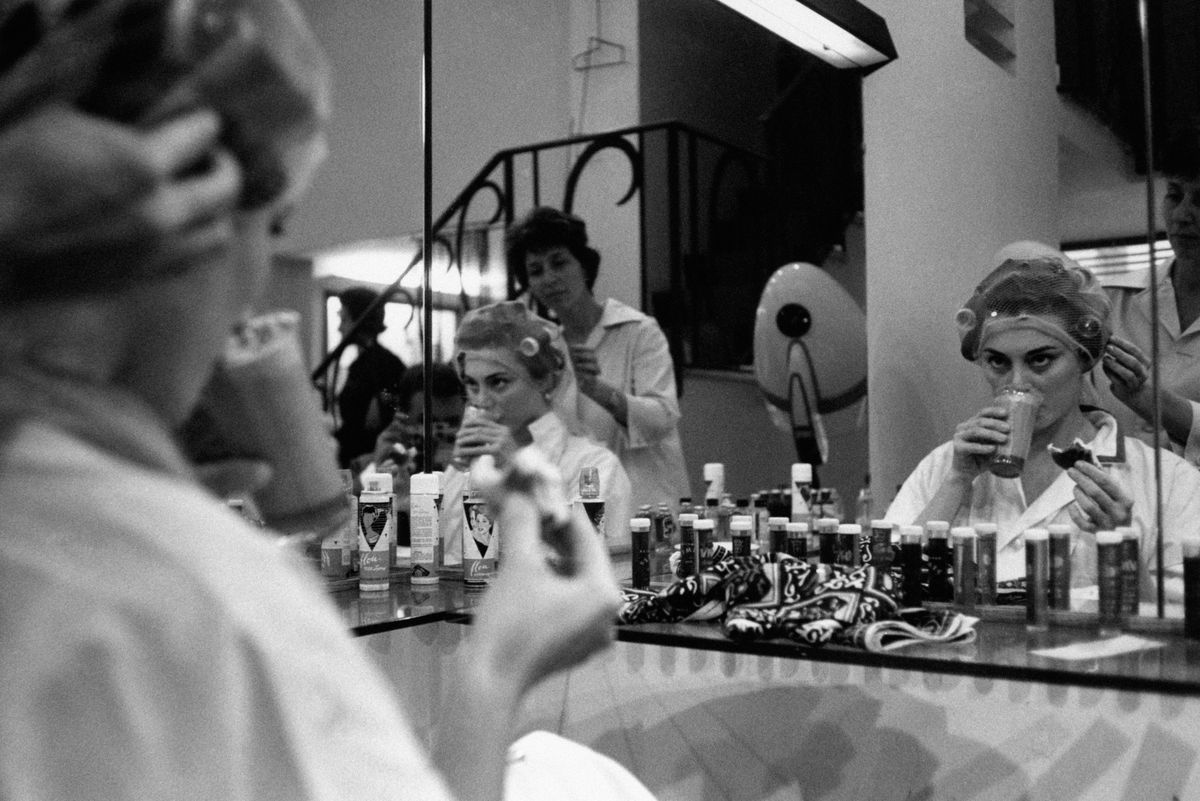 So, naturally, when I stumbled onto SHHHOWERCAP, I proverbially spit my coffee out across every surface of my home. Currently available for pre-order, SHHHOWERCAP is an innovative new take on the bubble-heads of years past with ingenuity across all aspects of its formulation. I was able to test drive a sample, and wow, I felt like a goddamn lady. I have a rather bulbous head and it’s still almost an exact perfect fit. The nape of my neck got a teeny, tiny bit wet, but who cares! It doesn’t leave the terrifying Harry Potter scar imprint on my forehead like every elastic-banded one has done for the entirety of my life. No need to wait twenty minutes for the memory of my parents’ death at Voldemort’s hand to disappear from my face?! And it comes in prints so good you’re more likely to ogle them at Madewell than use them to keep your hair dry. Shower situation, down — as well as holiday gifts for every woman I know, since I’m a fan for life. But what do I do when I eventually need to, ugh, wash and style it?

As a child, my first foray into curlers came from a dusty old set my mom kept under the sink that gave me my signature tap recital curls. Once a year, I remember how easy they were, wonder if it’s worth ordering them online, and pass because if they really were that magical, a hundred tweens would be lecturing me about it on YouTube.

I researched sleeping in curlers, but I can’t afford the chiropractor bills to fix my neck once I wake up from that nightmare. Bendy foam curlers feel more The Babysitters Club slumber party than a voyage towards adulthood, and the results are supremely child-like. (Remember, I’m trying to look more mature, not less.)

Then, I remember stumbling across a set at Sephora while braving the hair dryer aisle and dive wholeheartedly into the world of curlers with T3’s Voluminous Hot Rollers Set. I, too, couldn’t believe someone besides Conair made these, and if their flat irons can hold hair pin-straight for days, just imagine how good their curlers could be. 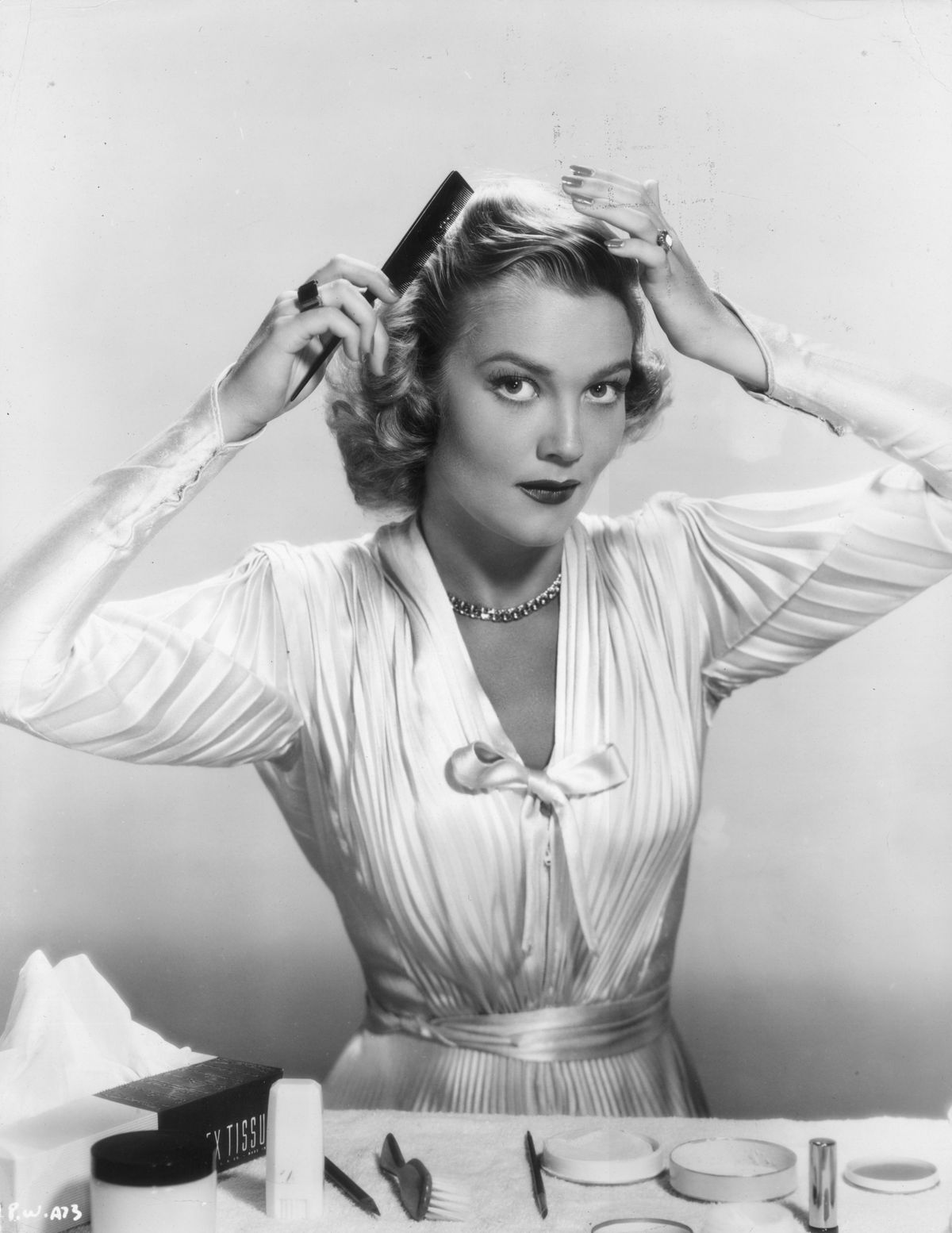 Well, if you know how to use them, that is. I first give it a shot from the paper directions that come with it, and three minutes later, I look like I’m perfecting my Conehead costume for Halloween. I glide through the house, living in fear of them tumbling out, but when two fall out near-instantly, I notice my hair still looks dope. They could work that quickly, in just two minutes? Maybe we’re onto something!

I take them out and learn that, as I thought, I did it sort of right, which produces a kind of timid, confused wave only reached by a novice. So, in a very un-’50s fashion, I take to YouTube to have a stranger teach me what the hell to do with these rollers. Take two, an approach used combining a T3 tutorial and a mom who is a goddamn family-curling savant yields way better results, even if I forget two parts: rolling on an angle and using hairspray. Even still, my hair is smooth with a nice bend, and I’ve only invested about five little minutes.

The next morning, I give it one last go — and by god, it works! I spray before and after, I roll the hair in the correct way — starting halfway and wrapping around towards the back, which I now know is how people avoid burning themselves — and adjust the somehow-too-small clips around the rollers until they finally hold. I stare in the mirror trying not to move, wondering how closely I’ll resemble Taylor Swift in a vintage-themed music video, and after leaving them for ten minutes, pull them out to — oh my gosh — bouncy smooth hair. My technique could be better, and they’re not perfect, but wow. My husband says I look like a model; I put in absolutely no effort. The T3’s are designed more for volume than for tight curls, but for my hair to look post-blowout in the amount of time it takes for me to make the bed?

Now I can say goodbye to last-minute Drybar appointments and that wretched showercap.