This Shower Cap Is Changing the Game

Some days you'd rather not wash your hair.

It may be out of sheer laziness (me) or because your hair looks too flawless to mess with. Whatever the reason, we've all been there.

So what do you do? You either don't shower (gross, but I've done it…) or you throw a good ol' shower cap on your head.

The second you step into the shower with the cap on your head, you realize you'd almost be better off not showering to protect your precious locks.
Trust me, I get it

. Shower caps have let me down countless times, so I gave up on them ever being able to do their job and have resorted to washing my hair a lot more, even if that means just getting it wet.

During these dark times, there's a bright light shining in the distance. A shower cap to end all shower caps has risen the ranks to bring the power back to your shower.

The reinvented shower cap is a far cry from the one you steal from hotel rooms or your grandma's medicine cabinet.

Made with nanotechnology, the Shhhowercap is totally hydrophobic, meaning it repels water like it's nobody's business.

It even has antibacterial properties, so you can be assured no mold or mildew will appear in it like a regular shower cap. Plus, it fits just about every size head no matter how much or how little hair you have.

And we can't forget to touch on its chic design. Fashion-forward, the Shhhowercap could easily complete any look you're rocking. The same can't be said for the average shower cap.

While all of this sounds amazing, I needed to know if the Shhhowercap really lived up to its expectations.

I opted for the Posey design and once it arrived, gave I put this beauty through the works. 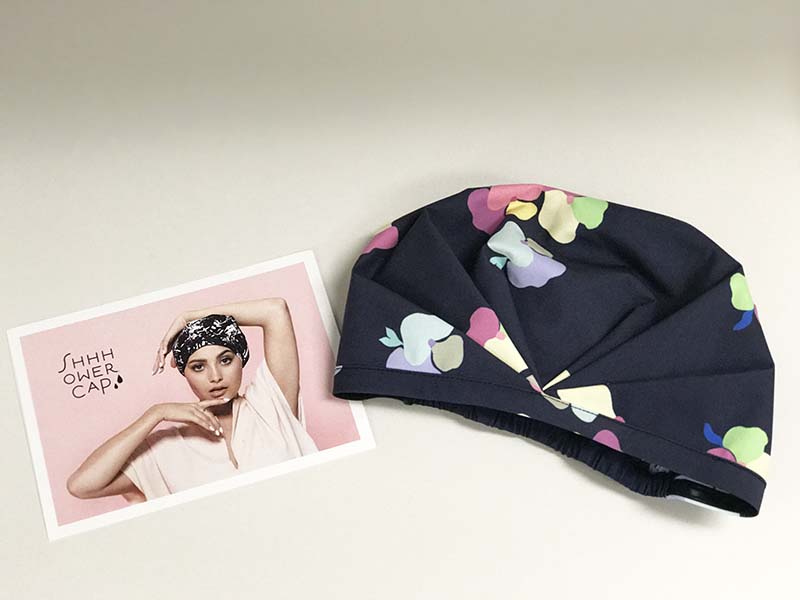 It took me a hot minute to get the cap on my head with all my hair inside. Oddly enough, it was a reassuring moment. The cap felt strongly secure in place and I was ready to drench it in the shower.

I stood under the running water for a solid two minutes and the Shhhowercap didn't budge at all. It stayed on my head in the same position I put it in during the entirety of its soak session.

The Shhhowercap also wasn't as loud as your average shower cap. Because shower caps are usually plastic, there's a roaring in your ears when you step under the shower head. While the Shhhowercap still made noise, it was pretty tolerable.

When I finished my shower and dried off, I took the Shhhowercap off and my hair looked exactly how it did before I put the cap on. 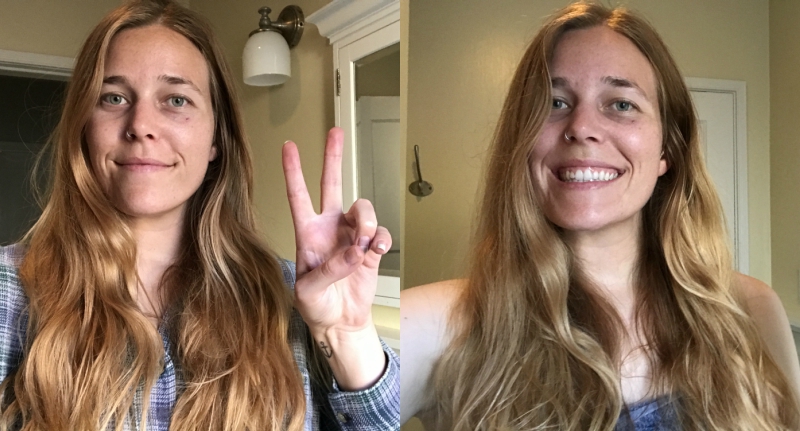 Do you see a difference? Because I sure don't.

I will admit, I had my doubts about the Shhhowercap, especially considering how often shower caps have disappointed me in the past. All that uncertainty was cast aside once I actually used the Shhhowercap.

It protects my hair and I don't feel like my grandma when wearing it. What could be better?